A Place for sharing inspiration and creative ideas

My inspiration has circled back to one of my favorites: light. Specifically, light through Rose Windows. I have this wonderful book, Rose Windows by Painton Cowen, that I have often found inspiring, but this time, it surprised me. 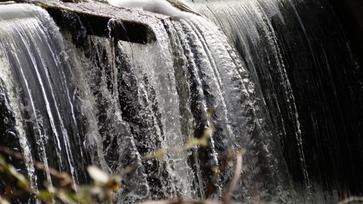 verb (used with an object)
1. to remove or destroy totally; do away with; exterminate.

I've been inspired by the idea that destruction and creation are of the same energy. It's an inspiring concept, especially as the new neighbors are cutting down nine trees, including the eagle tree--the tallest, the oldest tree where the eagles perched and screamed down at me. Is there a way for me to believe there is creation in that without pulling up my roots?

The Book of Symbols: Reflections on Archetypal Images
by Ami Ronnberg

The Stars My Destination
by Alfred Bester

The Road to Somewhere: A Creative Writing Companion
by Robert Graham

I was collecting words for my poetry themes, and as I went from forces to light and shadow, three different aspects of my work came together: design, form, and perception.

One of the greatest things about owning a special book like Rose Windows is that each time you pick it up, you see it with new eyes. I mean, you picked it up for a different reason, with different intent. It doesn't change, but you do. That in itself is a lovely sort of magic, but then, when I looked at my book with force, and light, and poetry in mind, all of a sudden the history and symbolism of rose windows that I had read so many times, had a different meaning, and I was running for a notebook and taking notes about how I would create a rose window poetry form. And as I was exploring that idea, I finally saw the idea I had been trying to force, but failing, for my circle, curtain fabric art I've been working on for almost a year, but stalled out. It hadn't made sense before. Everything I tried felt wrong, but as I turned a rose window into a poetry form, I also turned each of my layered sewn circles, waiting to be designed and cut, into mini rose windows, that would be sections of a rose window, that would be a rose window within a square. It might not work, but I'm inspired.

word of the Month

The Metropolitan Museum of Art